These are the new inductees to the Pendill Wall of Excellence at Marquette Senior High School. From left are Karen Ogle, Scott M. White and Leslie Claire Griffith. (Journal photo by Christie Mastric) By CHRISTIE MASTRIC Journal Staff Writer MARQUETTE — After a hiatus of several […]

These are the new inductees to the Pendill Wall of Excellence at Marquette Senior High School. From left are Karen Ogle, Scott M. White and Leslie Claire Griffith. (Journal photo by Christie Mastric)

MARQUETTE — After a hiatus of several years due to COVID-19, the A. Felch Pendill Wall of Excellence induction ceremony resumed on Thursday at Marquette Senior High School with three names added to the wall.

Located at MSHS, the wall is named after Pendill, a 1916 Marquette High School graduate and class president, actor, writer and star end of the undefeated 1915 football team.

Zack Sedgwick, superintendent of Marquette Public Schools, thanked the inductees for setting a “wonderful example” for students in the school district.

“Having this visual reminder of outstanding alumni in the high school halls is one of the ways we can display to our students the importance of giving back to their community,” said Carolyn McDonald, vice president of the Marquette Area Public Schools Education Foundation, which is instrumental in developing the wall.

Griffith was MSHS valedictorian in 1977 and attended the Massachusetts Institute of Technology, majoring in life sciences. After graduating Phi Beta Kappa from MIT in 1981, she earned her master’s degree and Ph.D. from Stanford University and developed an interest with the molecular processes underlying learning and memory.

Griffith now is the Nancy Lurie Marks professor of neuroscience and director of the Volen Center for Complex Systems at Brandeis University. Her view of brain function led to national and international recognition and an honorary membership in the Royal Academy of European Doctors in 2016. She was elected a fellow of the American Association for the Advancement of Science in 1027 and received a Jacob Javits Neuroscience Investigator Award from the National Institutes of Health’s National Institute of Neurological Disorders and Stroke.

“Marquette Senior High School gave me a chance to do a lot of the things I wanted to do beyond the debate team,” Griffith said.

She called high school an important time in her life.

“I must say that this is a community that I really, really value,” Griffith said.

Ogle had a 36-year career with the U.S. Department of State, which included service in 14 embassies and consulates.

Ogle served in Lebanon, Congo and Mexico during violent periods in the countries’ histories, and was a female diplomat in Saudi Arabia.

Her other accomplishments included running visa operations globally to expedite the legal travel to the United States for thousands of visitors, students, refugees and businesspeople.

“I wanted to live a bigger life than that which had been assigned to me based on my social class,” Ogle said. “I wanted a life where I would be involved in the actions and passions of my time.”

That desire led to a bigger life.

“The first time I heard about the foreign service, it was a really jarring moment because I knew that’s what I wanted to do,” she said.

White was a four-year varsity wrestler and a member of the 1975 U.P. championship team. White graduated in 1981 from Northern Michigan University with a degree in education.

ProAssurance also recognized White as Agent of the Year in 1992 and 2002, and in 2021, he received its lifetime achievement award. He is a member of the Michigan Insurance Hall of Fame.

“So many people have had a great influence on my life,” White said.

Those individuals, he noted, included athletes, teachers and coaches from his high school years.

“I’ve had some special times in this building,” White said.

The Marquette Area Public Schools Education Foundation is asking people to donate to give first-graders a head start in saving for post-secondary education through the 1st to Finish Program. Various sponsorship levels are available.


Today’s breaking news and more in your inbox

Sun Oct 2 , 2022
Austin Stack, a student in Stanford’s Hacking for Climate and Sustainability class this past quarter, thought he had a simple solution to prevent mega wildfires. He was convinced that incentivizing private landowners to preventively burn trees and plant debris before they could fuel the fire was a “no-brainer.” So were […] 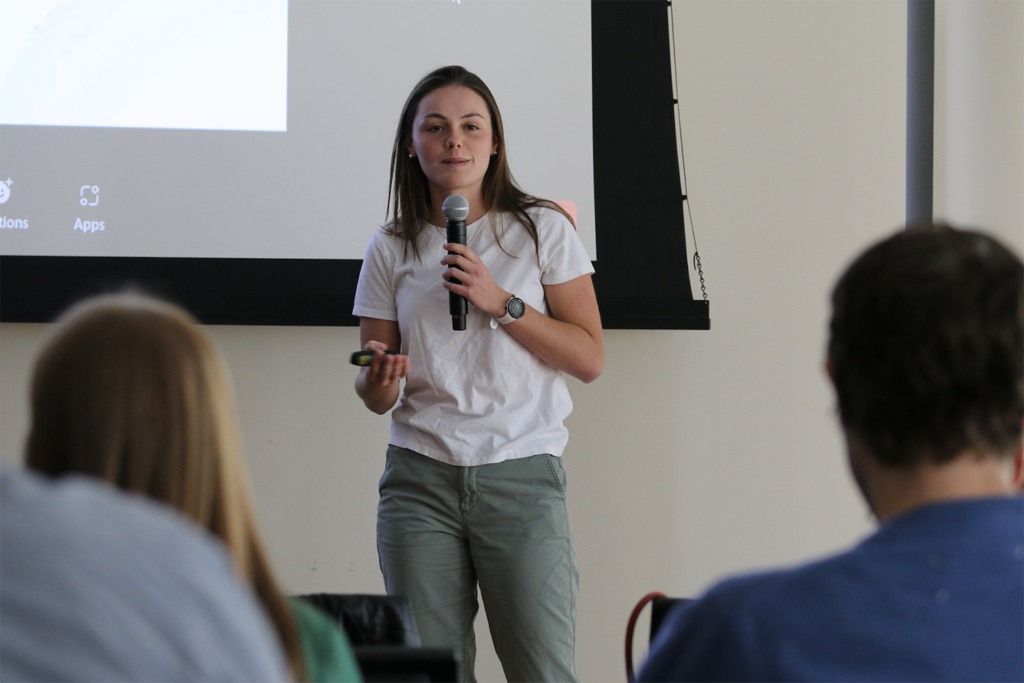