‘Bear down’ and ‘be as frugal as you can’: Baby-boomer financial experts speak from experience on ways to ride out a recession It was a time of big hair, shoulder pads and the Cold War. But something often less thought of when feeling nostalgic about the ‘80s, was the interest […]

It was a time of big hair, shoulder pads and the Cold War. But something often less thought of when feeling nostalgic about the ‘80s, was the interest rates that were high enough to make you dizzy.

“The interest rates started the decade around 20%,” says Brad Lyons, a certified financial planner and an investment manager at Wiser Wealth Management based in Georgia. “They had [raised] them dramatically in the late 70s… trying to deal with inflation.”

Lyons was in his early 20s at the start of the 1980s. And though today’s interest rates still look small in comparison, there’s a lot that can be learned from people who’ve been through it.

Consumer prices are 8.5% higher than they were a year ago, according to July’s inflation numbers. In June, it was 9.1%. Rates like these haven’t been seen in decades.

And people who remember the ridiculously high interest rates that followed the high inflation of the 70s say buckle down and be prudent, because we’re in for a long haul.

Experts have drawn parallels between the high inflation of five decades ago and what’s happening today.

Back then, there were several factors that played into it, low unemployment, the removal of the gold standard (the monetary system in which a currency is backed by gold), but energy prices pushed things to their limit.

In 1973 the price of oil nearly quadrupled when the Organization of the Petroleum Exporting Countries’ (OPEC) enforced an oil embargo on the west for supporting Israel in the Yom Kippur War. There was a series of knock-on effects that caused inflation and stagnation to swell. Then, the Iranian Revolution at the end of the decade sent oil prices surging again.

The high interest rate made getting ahead almost impossible, says Mike Drak, who was a banker at the time. He remembers his mortgage rate was 17.5% at the time.

“Rates were going up, it was almost monthly, they were increasing,” Drak says. “So it seemed like it was something that that didn’t seem like it was ever going to stop. And I remember saying at one point, ‘if I could ever find one day where I could find a mortgage rate for 10%, I’d be the happiest person in the world.”

Drak is the author of Victory Lap Retirement and Retirement Heaven or Hell: Which Will You Choose and a senior contributor at Booming Encore, a finance blog focused on the baby boomer generation.

Debt at that time rose quickly, says Drak – on houses, on credit cards and on vehicles.

“It was tough, scary times. But we were lucky because we could work. So our wages kept increasing – not at the same pace – but it necessitated both people working to help pay down debt.”

One of the most important things you can do during times of high interest is pay down debt, he says. His goal then, was to pay down his mortgage, which wasn’t easy.

“You have to have a lot of discipline, you’d have to say I want to make lump sum additions annually on it, because the interest rate was crushing and I didn’t want to be trapped.”

Paying down debt, especially now, might sound daunting, but there are a couple different tactics you can use, the avalanche method and the snowball method.

As tempting as it is to take out money from your investment accounts, especially as you watch numbers take a dive, Lyons says don’t fall for that temptation.

For younger generations, he says, this is an opportunity to invest at a lower price, if you can afford it.

“What we’re suggesting is that people remain invested, maintain their asset allocation that was designed in order to achieve their goals and objectives in the timeframes that they have set for themselves and continue to add to their investment portfolio through their retirement account savings.”

Dollar cost averaging is one of the most trusted strategies. It’s investing the same amount of money at regular intervals, regardless of what the market is doing.

Although it can be hard when every trip to the grocery store is costing you more, and the price of everything is going up, both Drak and Lyons say saving is hugely important, and it can also be advantageous.

“As interest rates continue to rise, we will begin to see interest rates higher in our savings accounts, and newly issued fixed income securities,” says Lyons.

If you stick your money in a high yield savings account, it’s going to grow faster than it would have just a few months ago. And although that probably won’t keep pace with current inflation, it helps to build a safety net.

Get settled in for the long haul

The 1980s was a long decade. There were two recessions and it was years before inflation was under control and interest rates began to drop. And although our current situation is a little different, if there’s anything to be learned from the past, it’s that inflation and higher interest rates will be here for a while yet.

“Bear down,” Drak tells younger generations going through a similar financial landscape. “Try to work as hard as [you] can and make as much money as [you] can, and be as frugal as [you] can. That’s the key. And there’s no way around it. You have to be prudent. You have to pull back and you have to watch your pennies.”

Sun Aug 21 , 2022
The owners of one of the oldest insurance agencies in Texas must have felt pretty surprised when they were named in a federal lawsuit brought by an AIG company, alleging the agency was part of an elaborate fraud that forged signatures and created fake policies for thousands of residents in […] 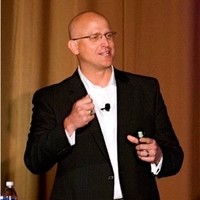