Salem City Councilor Tom Andersen is resigning after nearly eight years in office. Andersen announced his plans Monday, saying he wants to focus on his campaign for the open House District 19 seat after winning a three-way primary for the Democratic Party nomination in May. He represents ward 2, which […]

Andersen announced his plans Monday, saying he wants to focus on his campaign for the open House District 19 seat after winning a three-way primary for the Democratic Party nomination in May.

He represents ward 2, which covers central south Salem, including the neighborhoods around Bush’s Pasture Park and Southeast Mission Street.

“I’m proud that the members of the council, despite our differences of views on many things, were able to move forward in a nonpartisan way to positively affect city government and the life of people who live in Salem,” Andersen told Salem Reporter.

Andersen was first elected to the council in 2014 and re-elected for a four-year term in 2018. His council term ends at the end of the year.

The seat was up for election this year, with Linda Nishioka running unopposed in the May primary. Council elections are typically decided in May, though candidates who win the primary appear again on the November ballot, and voters have the option to write in a candidate of their choice.

City council rules say if a seat becomes vacant when only one candidate has been nominated in a primary election, the council will appoint that person to serve the remainder of the term.

Nishioka said Monday in an email that she is willing to serve the remaining months of Andersen’s term before hers begins.

“I am looking forward to beginning my elected position earlier than expected,” she said.

Andersen said knowing Nishioka will succeed him in the seat influenced his decision to resign now. He said her priorities are in line with his and other progressives on the council.

“I am confident that she will continue to fight,” he said.

He said he chose to step down in the final months of his term because he has a full-time practice as a trial lawyer in addition to the council, an unpaid volunteer position, and his campaign to become state representative, which is becoming a full-time job in its own right.

“I’ve given my heart and soul to the city for eight years for no pay and I average 30 hours a week,” Andersen said. “I cannot do all of them. I have a family, I have a wife. I just don’t have the bandwidth to continue on all three full-time jobs.”

While on the council, Andersen has focused on environmental initiatives, including spearheading the work to create Salem’s first climate action plan, and the ban on single-use plastic bags which the council passed in 2019.

Andersen said he’s proudest of that work, as well as racial and social justice initiatives, “our compassionate and practical care for the homeless among us,” and the successful passage of city bonds to fund construction of a new police station and a seismic retrofit of the library.

Andersen is running for the House District 19 seat against Republican TJ Sullivan, a Salem insurance agent. The seat is currently held by Rep. Raquel Moore-Green, a Salem Republican, who is running to represent Salem’s Senate District 10 against Sen. Deb Patterson, a Salem Democrat.

JUST THE FACTS, FOR SALEM – We report on your community with care and depth, fairness and accuracy. Get local news that matters to you. Subscribe to Salem Reporter starting at $5 a month. Click I want to subscribe! 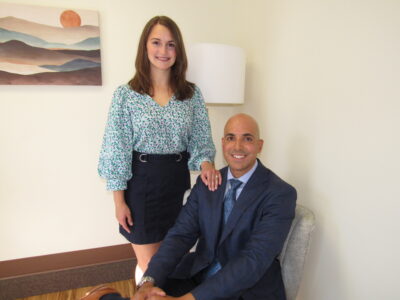