Check out what’s clicking on FoxBusiness.com. Democratic Rep. Kathy Manning, D-N.C., scooped up thousands of dollars in semiconductor company stock just one day before voting to pass a bill providing massive subsidies to the sector, new disclosures show. One of the companies is already planning large-scale investments made possible due […]

Check out what’s clicking on FoxBusiness.com.

Democratic Rep. Kathy Manning, D-N.C., scooped up thousands of dollars in semiconductor company stock just one day before voting to pass a bill providing massive subsidies to the sector, new disclosures show. One of the companies is already planning large-scale investments made possible due to the legislation.

Manning and her husband purchased up to $30,000 in Micron Technology stocks and up to $95,000 in Nvidia stocks on July 27, the new disclosures show. The next day, Manning voted to pass the CHIPS Act, which will help expand semiconductor manufacturing facilities in the United States while providing the industry tens of billions of dollars in subsidies.

The legislation received plenty of media attention prior to the vote, particularly concerning stock investments made by Speaker of the House Nancy Pelosi’s husband.

“I’m proud of my vote to pass this historic investment in American CHIP manufacturing, lower costs, and creating good-paying jobs,” Manning tweeted after the vote.

Manning’s congressional office told Fox Business the investments “are in accounts entirely controlled by third party managers” and that she and her husband “have no discretion or control over the underlying assets held in the accounts.”

“Neither Congresswoman Manning nor her husband exercised, or attempted to exercise, any control or direction over any transactions executed within the accounts,” the office said.

Rep. Kathy Manning and her husband purchased up to $30,000 in Micron Technology stock, which is planning a mass investment due to the CHIPS Act. (Ting Shen-Pool/Getty Images / Getty Images)

The company announced that day that it would invest $40 billion through the end of the decade into building chip manufacturing plants, which they credited to the legislation.

“With the anticipated grants and credits made possible by the CHIPS and Science Act, this investment will enable the world’s most advanced memory manufacturing in America,” Micron said in a press release.

“Micron expects to begin production in the second half of the decade, ramping overall supply in line with industry demand trends.”

The investment is the “largest in memory manufacturing in U.S. history” and will add up to 40,000 American jobs, the company said.

Nvidia, meanwhile, found itself in headlines after House Speaker Nancy Pelosi’s husband, Paul, bought up to $5 million in the company’s stock just weeks before the CHIPS Act vote.

Paul Pelosi, however, dumped the stock right before the vote due to the backlash. Pelosi said that Paul has never made stock purchases based on information she gave him.

Rep. Elaine Luria, D-Va., also received flak for holding up to $25 million in Nvidia investments, which she purchased a decade ago while not in Congress. Virginia state Sen. Jen Kiggans, her Republican challenger, called on her to drop the stock.

Kiggans said Luria maintaining the investments is the “latest example of how she will put her bottom line ahead of her constituents’ well-being,” adding that it’s “unethical” and “self-serving.”

GET FOX BUSINESS ON THE GO BY CLICKING HERE

Manning’s stock actions have received scrutiny in the past. Sludge reported earlier this year that the North Carolina Democrat and her husband failed to disclose dozens of stock transactions last year within the 45-day time frame required by the STOCK Act.

Sun Aug 14 , 2022
With a vote of 220 to 207, the U.S. House of Representatives passed the Inflation Reduction Act on Friday. The vote marks the last step before President Biden’s desk for a bill that will devote hundreds of billions of dollars over the coming decade towards the fight against climate change, […] 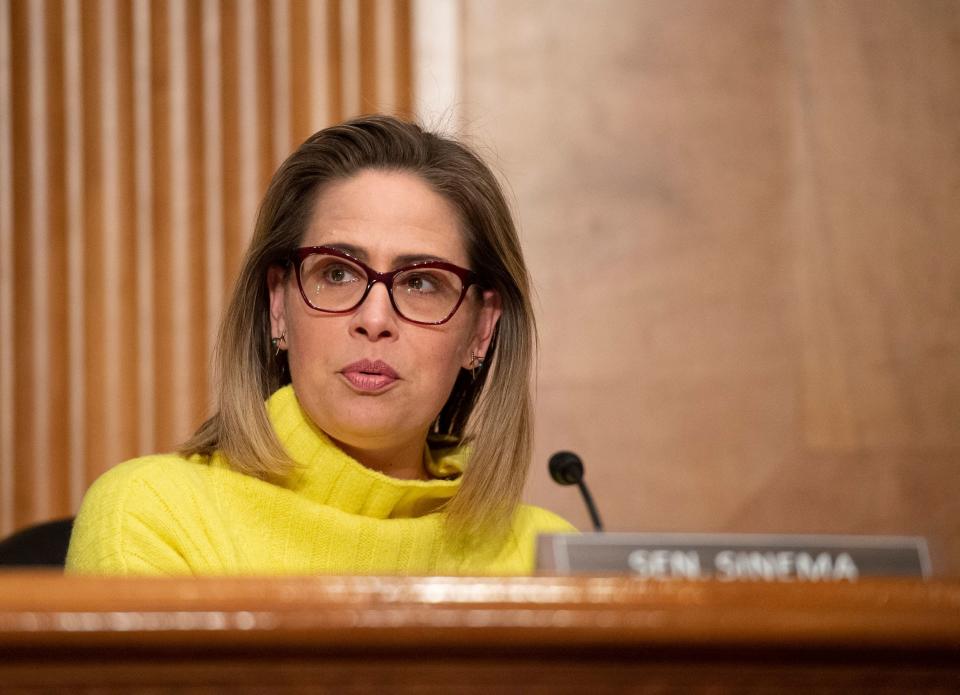