TALLAHASSEE — As Florida medical marijuana companies continue to rake in cash, Gov. Ron DeSantis this week said cannabis operators need to pay more for the opportunity to do business in the state. The state “should charge these people more,” DeSantis told reporters Tuesday. “I mean, these are very valuable […]

TALLAHASSEE — As Florida medical marijuana companies continue to rake in cash, Gov. Ron DeSantis this week said cannabis operators need to pay more for the opportunity to do business in the state.

“I mean, these are very valuable licenses,” the governor said. “I would charge them an arm and a leg. I mean, everybody wants these licenses.”

It was unclear if DeSantis was referring to medical marijuana companies already operating in the state or businesses seeking to gain entry to Florida, which insiders say has the potential to be one of the nation’s most robust cannabis markets.

While DeSantis wants to extract more money from the businesses, the governor helped steer big bucks their way as one of his first legislative pushes after taking office in January 2019.

DeSantis urged lawmakers to repeal a prohibition against smokable marijuana, which the Republican-controlled Legislature had outlawed after voters in 2016 passed a constitutional amendment broadly legalizing medical marijuana.

The Legislature quickly went along with DeSantis’ request, and whole flower products are now by far the most popular items sold at the more than 460 medical marijuana dispensaries throughout the state.

DeSantis’ comments this week coincided with MedMen Enterprises Inc.’s announcement that it had closed a $67 million deal selling its Florida operations to Green Sentry Holdings LLC.

With nearly 800,000 approved medical marijuana patients among a population of more than 22 million Florida residents, investors are anxiously awaiting the chance to plant stakes in the state.

The DeSantis administration, however, has dragged its feet on complying with a state law requiring the Department of Health to effectively double the number of players in the industry, which now has 22 licensed operators.

The governor’s office has blamed the delay on litigation over a 2017 law, but a Florida Supreme Court decision upholding the statute was finalized last year.

The 2017 law created a framework for the medical marijuana industry and set up a schedule for new licenses to come online as the number of authorized patients increases. Under the law, state health officials should have issued at least another 22 licenses to keep up with the population of patients.

Medical marijuana companies doing business in Florida were part of an initial group of applicants in 2015 who each paid a little more than $60,000 for a shot at being able to sell low-THC cannabis. Those applications came after lawmakers in 2014 allowed low-THC products for certain patients.

The 2016 constitutional amendment went far beyond the 2014 law. Nearly all of the operators, who were allowed to add medical marijuana with uncapped levels of THC to their product lines after the amendment passed, have changed hands since the licenses initially were granted.

Get insights into Florida politics

Political editor Emily L. Mahoney will send you a rundown on local, state and national politics coverage every Thursday.

You’re all signed up!

Want more of our free, weekly newsletters in your inbox? Let’s get started.

Explore all your options

Companies also pay $60,000 every two years to renew their licenses, which have routinely traded for upwards of $40 million.

“Why wouldn’t we take the opportunity to make money for the state based off those?” DeSantis said Tuesday. “But I do think that would require a statutory change (by the Legislature), and I don’t think that’s something we could just do through administrative rule.”

Florida law requires legislative approval of rules if regulatory costs for all the businesses that participate in the program exceed $200,000 in one year, or $1 million over five years.

The governor pointed to part of the 2017 law that limits how much the Department of Health can charge companies for licenses and renewals. The law only allows the state to charge fees to cover the costs of administering the medical marijuana program, as well as a research program and a public health campaign.

The law also gave health officials the ability to establish “supplemental licensure fees” to help cover the costs of the program, but the health department has never authorized such fees.

Raising application and renewal fees “would be unfortunate,” Brady Cobb, a lawyer who is the founder and CEO of Green Sentry, said in a phone interview this week.

“If it happens, it happens,” said Cobb, adding the state could make more money by taxing marijuana products or allowing operators to wholesale products to each other and taxing those sales.

The state charged a higher fee in a recent round of applications for a license earmarked in the 2017 law for a Black farmer. Under rules laid out by the Department of Health, applicants had to pay a $146,000 fee to compete for the Black-farmer license — more than twice the fee from the application process in 2015.

The department accepted a dozen applications for the Black farmer license during a five-day period in March but has not announced the winner of the license. The agency did not respond to questions this week about when the license would be awarded.

The department is expected to launch a new round of applications for licenses after the Black farmer license is finalized, but the state hasn’t laid out a timeline. At least 150 hopefuls — and possibly twice that number — are expected to apply.

Although DeSantis contends the state isn’t charging enough for licenses, Florida’s licensure and renewal rates already eclipse those in most other states.

But that’s because of the way the state’s medical marijuana industry is structured, according to Sally Kent Peebles, a Jacksonville-based partner at the national cannabis law firm Vicente Sederberg LLP.

Florida licenses are considered “the most valuable licenses in the world,” Peebles told The News Service of Florida in an interview this week.

Their worth is based, in part, on the state’s licensing system which requires operators to cultivate, process and sell marijuana and derivative products without limiting the number of retail locations the companies can run.

“Most states have much lower fees to get a license, but Florida is much more unique than any other state because we’re the only state that one license allows you to have unlimited ability to open as many facility locations as you want,” Peebles said.

Peebles also said most marijuana businesses don’t net as much money as people believe. The IRS prohibits the companies from taking tax deductions except for those relating to the costs of goods sold. That means the companies are “being taxed on ghost income” at rates of 85% or higher, said Peebles, who has represented hundreds of medical marijuana clients in a variety of states.

“So the idea that these companies are making millions and millions of dollars and are sitting back and twiddling their thumbs and like laughing at everybody while raking the dough in is just not the case,” she said.

Potential applicants for the next batch of licenses hope Florida voters will approve a proposed constitutional amendment in 2024 that would legalize recreational use of marijuana. The initiative was launched earlier this month.

“I don’t think the application fee is going to deter people,” Peebles predicted.

House Poor Meaning: What Is it, and How to Avoid It

Tue Aug 30 , 2022
Photo: istockphoto.com Q: I recently graduated from college and am on the market to buy a new home. A few of my family members keep cautioning me to avoid becoming house poor. I’m not familiar with the term. What does house poor mean? A: If you have questions about what […] 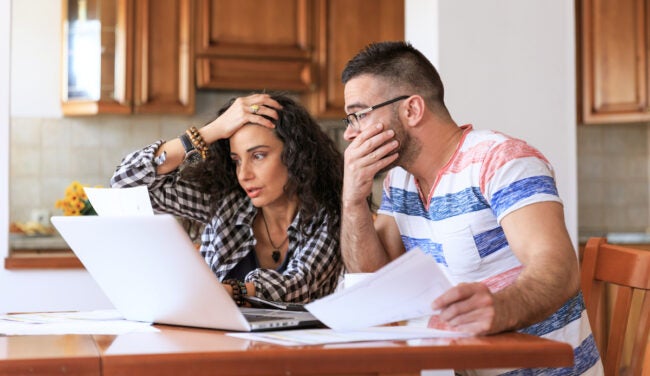