The recent visit to the home of 97-year-old Harold Eppley triggered a flood of memories about his life. He is a son of Chester, a farmer, and Grace Hieber Eppley. They lived in Seneca County until their son Warren was 7 and son Harold was 5, and then they moved […]

The recent visit to the home of 97-year-old Harold Eppley triggered a flood of memories about his life. He is a son of Chester, a farmer, and Grace Hieber Eppley. They lived in Seneca County until their son Warren was 7 and son Harold was 5, and then they moved to Heiber Road in Crawford County where John “Dick” was born.

Harold enjoyed the agriculture classes at Holmes Liberty and graduated in 1943 during WWII. He was drafted in 1944, but was declined because of a heart murmur. Yet, he was called back in 1945 and this time the Army sang a different tune — “You’re in the Army now.” He went to Ft. Knox for basic training, was sent to California and shipped out to the Philippines. Everyone on the ship was shocked by the news Japan had surrendered. Some Japanese didn’t get the word, and there was still sniper fire in the mountains, he remembers.

There were so many American soldiers stationed in the Philippines, many opted to return home after a four-to-five-months stay. Harold’s dad picked him up just before Christmas at Ft. Wayne. After furlough, Harold was sent to Indiantown Gap, Pennsylvania, and then was to head to Europe. This time, he had an attack of appendicitis, and everyone shipped out except him. He was sent to Ft. Mead, Maryland, and finally to Ft. Campbell where he worked many jobs. He was discharged in November 1946.

Harold was proud to return to work for well-known contractors Howard and Abe Schieber and carpenter Clair Marvin. The Schieber’s stately home was across from the Methodist church on Warren Street.

Home from the war and moving into farming

Harold’s mother’s ancestors, John and Lizzie Schieber, owned a farm on Beechgrove and Heiber Road just east of Ohio 4. Later, in 1948, Harold married Faythe Yaussy, and they bought the farm. Harold’s brother, Warren, was married to her sister, Naomi Yaussy. They purchased the 100-acre farm from Harold’s father in about 1954-55. They were dairy farmers, milking up to 35 cows and selling grade A milk for about 20 years.

Then the next 12 years they fed beef cattle, ending up as field crop farmers. Faythe’s father, Austin Yaussy, was an insurance agent for Ohio Mutual. Faythe and Harold got their insurances licenses in 1982 and bought the insurance agency. Then in the mid-’90s, and they later sold the agency to Jeff Schiefer.

The story took a turn a few years after Faythe’s death in 1999. Martha Yaussy, daughter of Clinton and Mary Wirth Baker, was a member at Epworth Methodist Church and a friend of Faythe Eppley. In 1945 they were 4-H camp counselors since the older kids, both boys and girls, were off to war. Then, with the war over, Harold and Faythe Eppley and Howard and Martha Yaussy were enjoying square dancing and many church activities together. With the passing of the two spouses and too much “alone time,” Martha let Harold know she missed square dancing. He agreed it wasn’t any fun being alone. Then in 2003 at Epworth Methodist Church, Harold Eppley married another Yaussy girl. This time it was Martha.

Moving on with a ‘numbers gal’

Martha has been working over the years as a “number’s gal.” She has worked as a bookkeeper at Wyandot Seating where she retired. She also worked as a secretary and bookkeeper at Epworth Methodist Church. You could say she is “an everything person” there, whatever needs to be done. Martha has a passion for genealogy and has researched some 6,000 family surnames filed on her computer. She also is a long-time member of the Crawford County Chapter Ohio Genealogy Society and contributed some church records for the newsletter.

Harold has served in different capacities, too — the Landmark, school boards for both Holmes Liberty and Wynford schools, and on the board for Peoples Savings and Loan in Bucyrus.

Harold’s son, Randy, passed in July; daughter Cheryl is married to Rich Koehler. Martha’s family includes Dan, a retired forester, and his wife, Leslie; Drew and his wife, Carolyn, who both work for WCMH-TV in Columbus; and son David, who was a teacher married to Kathy Keller. David passed away in 2000.

Harold reminisced “the attitude you take makes a big difference. It’s been a good life, traveling, lots of fun with family. The Lord has been mighty good to us.”

Go online for more of Mary Fox’s stories and photos on bucyrustelegraphforum.com. If you are interested in sharing a story, write Mary Fox, 931 Marion Road, Bucyrus, OH 44820 or email [email protected].

Virtuzone And Pax.world To Build An Office Tower In The Metaverse 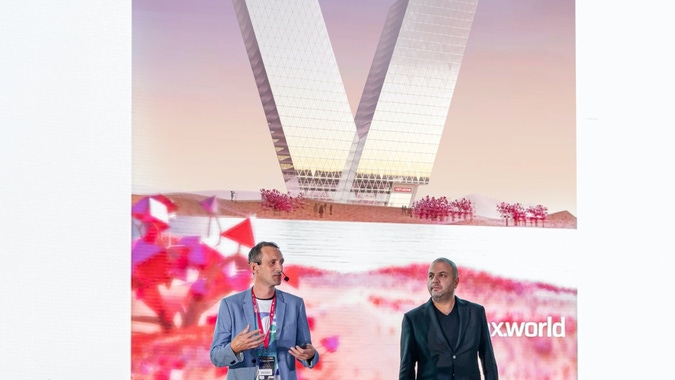