The new chips, codenamed Raptor Lake, are designed to put Intel in the performance lead ahead of arch rival AMD (AMD) in the desktop performance space. They also come as PC sales slump following massive growth during the early days of the pandemic.

Intel says the top-of-the-line version of the chip, the Core i9-13900K, is the fastest desktop processor on the planet. The chip, which is being marketed towards hardcore gamers and creators, packs a whopping 24 processing cores. Those are broken down into eight performance cores and 16 efficiency cores.

The performance cores for the new chip are designed to handle your heavy-duty tasks — think gaming, compiling code, and helping with photo and video editing. The efficiency cores are meant to handle less intensive tasks like web browsing, firing off emails, etc. The idea is that your computer can call on the performance cores when it needs some extra horsepower — and rely on the efficiency cores when you’re doing basic tasks and don’t need to drain your neighborhood’s power grid.

“The 13th Gen Intel Core family is the latest example of how Intel is enabling amazing experiences to happen on the PC — at scale and across all PC product segments,” Intel Client Computing Group general manager Michelle Johnston Holthaus said in a statement.

The company’s big boast is that the Core i9-13900K chips’ speed tops out at a ridiculous 5.8Ghz. That’s important, because it just beats out AMD’s top-of-the-line AMD Ryzen 9 7950X chip, which reaches a speed of 5.7GHz.

Of course, most people are unlikely to snag the Core i9-13900K, as it will likely be out of most users’ price ranges. We’re still expecting exact pricing on the chip, but based on past precedent, expect it to be around the $700 range.

For those looking for something a bit more wallet-friendly, Intel will also have the usual Core i5 and Core i7 chips, which get performance gains over their 12th-generation predecessors. In total, Intel says the 13th-generation line-up will have 22 processors and be available across 125 partner system designs.

In addition to the company’s 13th-generation chips, Intel announced its new Intel Unison software. Designed to better connect your smartphone and your PC, Unison promises improved file transfer capabilities for iOS and Android devices. The company also says you’ll be able to receive text messages, calls, and notifications from your Android phone on your PC.

This isn’t the only software with these kinds of options. Microsoft offers a similar app, though it only works with Android devices. Apple already allows iOS users to make and receive calls, and to send and receive texts from the iPhone on their Macs. Those users can also start apps on their iPhone and pick up where they left off on their Macs.

Intel’s announcements come at a critical time for the company. Gelsinger is trying to return Intel to its position as the world’s preeminent chip designer and builder. But it’s going to be a difficult journey as the company contends with rivals like AMD, Qualcomm (QCOM), and Nvidia on the design side and TSMC on the manufacturing side.

Intel reported dismal results in the second quarter, missing expectations and pointing to problems with its execution and falling demand for server chips. At the time, Gelsinger announced that Intel would miss its annual sales revenue by as much as $11 billion. The stock is currently hanging on just above its 52-week low of $26.81.

“This quarter’s results were below the standards we have set for the company and our shareholders. We must and will do better. The sudden and rapid decline in economic activity was the largest driver, but the shortfall also reflects our own execution issues,” Gelsinger said at the time.

“We are being responsive to changing business conditions, working closely with our customers while remaining laser-focused on our strategy and long-term opportunities. We are embracing this challenging environment to accelerate our transformation.”

Will Intel be able to turn things around? That depends on whether the company can meet its ambitious goal of becoming the chip powerhouse it once was and how long the economy will continue to struggle.

Click here for the latest technology business news, reviews, and useful articles on tech and gadgets

Fri Oct 7 , 2022
NEW YORK — Much has changed in the food and beverage market since Blue Apron Holdings, Inc. was founded a decade ago. A pioneer in the meal kit delivery category, the company underwent an initial public offering (IPO) in 2017 that valued the business at $1.9 billion and then watched […] 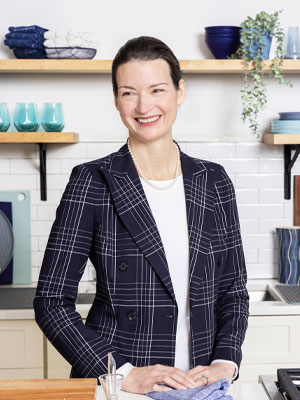