Kevin O’Leary says these are the best assets to own as inflation stays white hot Inflation remains hot. In July, U.S. consumer prices spiked 8.5% from a year earlier — down from 9.1% in June but still near a multi-decade high. The Fed has already raised interest rates multiple times […]

In July, U.S. consumer prices spiked 8.5% from a year earlier — down from 9.1% in June but still near a multi-decade high.

The Fed has already raised interest rates multiple times this year to slow that worrisome trend. It’s uncertain how the economy will handle higher interest rates, and stocks are getting sold off as a result.

“Even as rates go up, equities are the place to be because fixed income gets hurt a lot more,” he says in a CNBC interview from earlier this year.

Of course, not all stocks are the same. Mr. Wonderful believes in these kinds of companies during times of rampant inflation.

Against the current backdrop, O’Leary looks for companies that have the ability to raise prices without too much pushback from consumers.

“Where you want to be in equities, particularly when rates start taking up, is in companies that have pricing power,” O’Leary says. “In other words, their goods and services are necessities for people so they are willing to take a small increase in price, sometimes a larger one, as rates go up.”

But where would you find businesses with pricing power?

He adds that investors should pay attention to companies that produce things people still need during times of inflation, especially “what they eat” and “what they drive.”

O’Leary singles out the energy sector as a particularly prudent place to park some money during periods of high inflation.

Fuel to power your car, heat your home or cook your food is all more costly. As a result, energy stocks have delivered outsized returns for several months now.

Even with the recent pullback in oil prices, shares of Big Oil stocks ExxonMobil and ConocoPhillips are up roughly 62% and 75%, respectively, over the past year.

Technology stocks, on the other hand, aren’t doing so well these days. The tech-heavy Nasdaq is down about 19% year to date.

O’Leary adds that tech stocks with high P/Es are experiencing extra selling pressure because the Fed’s stance on loose money is changing.

“As interest rates go up, P/Es go down, prices correct on equities.”

For long-term investors, holding an ETF that tracks the S&P 500 has been a popular strategy. But O’Leary doesn’t believe in owning a broad-based benchmark index in today’s environment.

His concerns, once again, center around inflation and the Fed.

“Just owning the index could be very risky because lower quality balance sheets like the airlines right now may not perform as well as rates go up because that means their debt servicing goes up as well,” he says.

Instead, O’Leary suggests owning a subset of the S&P 500, such as his flagship fund ALPS O’Shares U.S. Quality Dividend ETF.

O’Leary says owning the ETF is a good inflation-fighting strategy because it’s filled with companies that provide products and services that people need.

“It looks for the highest quality balance sheets, companies that are generating cash, companies with high return on assets that do distribution,” he says.

These companies have been around for a long time. They have survived — and thrived — during periods of high inflation.

Tue Aug 16 , 2022
Non-fungible tokens or NFTs are a way to represent any unique digital data. However, it now goes beyond the digital world. It can now be anything from a work of art to music, video, sneakers, fractionalized real estate, and almost anything in the real world. The latest NFT examples will […] 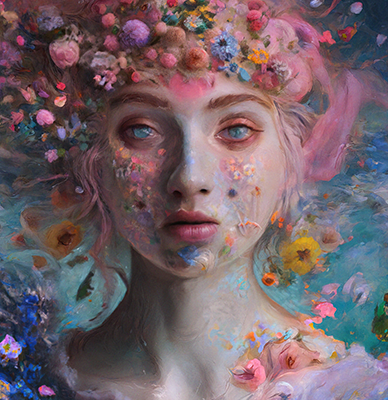