Legends will guide Northwestern on premium ticketing, revenue, marketing and data analytics as the Wildcats rebuild and modernize Ryan Field.getty images Northwestern University is on the verge of starting a major rebuild of its football stadium at Ryan Field and has enlisted the help of Legends to consult on premium […] 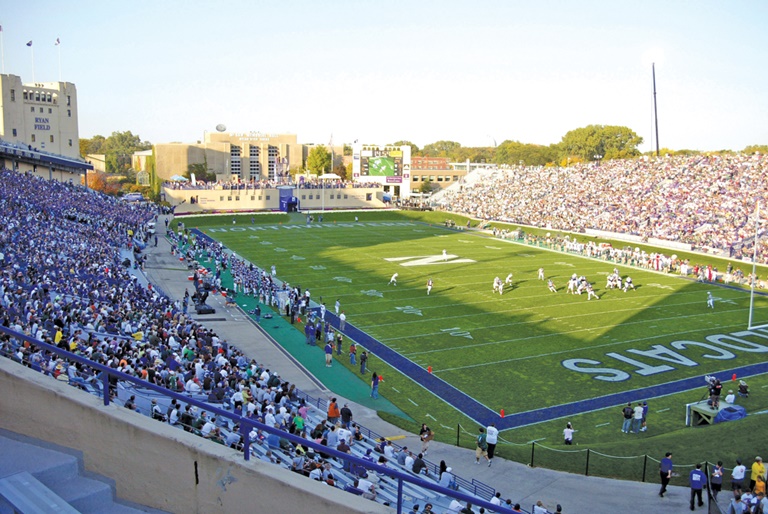 Northwestern University is on the verge of starting a major rebuild of its football stadium at Ryan Field and has enlisted the help of Legends to consult on premium seating sales and marketing.

Legends will work with the Wildcats to maximize revenue generation from the project, while also improving the fan experience in the outdated stadium that opened in 1926 and has enjoyed few enhancements. The new Ryan Field will be built and paid for out of a $480 million donation from the Ryan family, which has its name on a number of buildings at Northwestern.

Legends has worked with an array of college venues, large and small, from Snapdragon Stadium at San Diego State to the Los Angeles Coliseum for USC.

Northwestern’s stadium seats 47,130, but the rebuild will likely take capacity down to 35,000 to 40,000. Despite the decrease in seats, the Wildcats expect significant increases in revenue by implementing new premium areas. Kansas City design firm HNTB is designing the rebuilt stadium.

“You don’t see a lot of collegiate stadiums being built or rebuilt,” Behan said, “especially in the Power Five. Most of what you see are surgical upgrades. This will be like an NFL stadium project, except it will be built for 35,000.”

Gragg and Deputy AD Jesse Marks talked to a variety of companies with a range of abilities, especially in the data analytics realm, before deciding on Legends.

“I’m excited about being able to modernize our sales approach, our analytics and our systems infrastructure, as well as how we go about our annual fundraising tied to seats,” said Marks, who joined Gragg’s team last year.

“We’re the highest-level athletic program in a metropolitan setting,” Gragg said. “There are a lot of competing interests here, namely professional sports. We have to stay competitive in this marketplace, and Legends is the best in the business.”

Legends will establish a team of around 20 executives in Evanston to lead the sales effort.

Senior Associate AD Tyler Jones and the Wildcats’ external team will work with Legends throughout the process of planning the premium seating.