Concerns about liability, eminent domain and safety of a proposed carbon sequestration pipeline were discussed Aug. 16 during the Carbon Pipeline Forum at Dakotafest.

The Education Center at the farm show in Mitchell was overflowing with individuals keen on learning more about a proposed carbon sequestration pipeline that would transport carbon dioxide from biorefineries such as ethanol plants in Minnesota, Iowa, Nebraska and South Dakota to underground storage in central North Dakota. The event was moderated by Scott VanderWal, vice president of American Farm Bureau Federation and president of the South Dakota Farm Bureau.

VanderWal prefaced the forum with a message of civility, asking the audience to be respectful of one another on the issue that has been hotly contested.

He stressed that the forum was not a debate, but simply a place to gather information from four different parties with differing interests in the pipeline.

The panel was composed of Jim Pirolli, chief commercial officer for Summit Carbon Solutions, the company that would own the pipeline; Jim Seurer, chief executive officer of Glacial Lakes Energy; and Jay Poindexter, a landowner and farmer from Ree Heights, South Dakota. Kristen Edwards, staff attorney for the South Dakota Public Utilities Commission (PUC) was also on hand to answer policy and permitting questions.

Poindexter said he initially agreed to let Summit Carbon Solution survey his land, but has since become opposed to the proposal. He said he believes many landowners have gotten offers that were too low, especially due to the liability the projects presents.

“Our insurance company refused to cover the liability because of a pollution exclusion rule,” he said.

Pirolli spoke with the Tri-State Neighbor after the forum and said that there would not be any issues with insurance.

“If there’s ever someone that comes up from an insurance agent, they’re welcome to contact us and we’ll work with them on that. But there’s absolutely no liability for the landowner, he said.

Pirolli has a pipeline that runs through his property in Iowa and said it has “absolutely no impact” on his insurance, coverage or payments.

Poindexter said that land agents from Summit refused to negotiate easement language because they can take the land through eminent domain, which was a primary concern for landowners present at the forum.

A group of individuals wearing matching anti-pipeline shirts populated the first two rows at the forum. The shirt said, “No Carbon Pipeline. No easement. No eminent domain.”

Summit Carbon Solutions recently notified the Iowa Utilities Board where it may seek to use eminent domain for the project. So far, no eminent domain filings have been made in South Dakota.

Both Poindexter and Pirolli encouraged landowners to seek out an experienced attorney to go over contract proposals before signing them.

Seuer said Glacial Lakes is on board with the project and that it will help South Dakota farmers by lowering the Glacial Lakes’ carbon index (CI) score.

A CI score is a method of energy rating that measures the amount of carbon dioxide emitted by a building’s energy system.

Due to Glacial Lakes’ current CI score in the 70s, with one of their four plants in the 60s, the plant earns a 10 cents per gallon premium. An even lower CI score would increase the premium.

Consumer energy demands are changing, with a growing emphasis on lower emissions and sustainability, Seuer said, adding that it’s important to stay relevant and competitive.

Pirolli encouraged farmers to get ahead of those growing demands.

“If you’ve got the ability to do that now, when there’s a carrot out there and demand for those products, it avoids a situation longer term where you’re regulated into compliance,” he said.

Safety concerns were also brought up.

Poindexter is particularly worried about potentially lethal doses of carbon dioxide leaking out and harming nearby individuals and livestock.

Pirolli said safety regulations are very strict, and the company is going above and beyond them to ensure the safety of all involved.

Summit has surface structures with valves and motors along with pump stations, Pirolli said. He added that it’s critical for them to work with first responders throughout the process in order to keep them both informed and prepared.

The pipeline will sustain 11,000 jobs during the construction process and 1,100 permanent jobs after its completion, Pirolli said. Some of those jobs will be related to technology that will be used to monitor the pipeline.

Summit does not plan to use an odorizor to alert nearby individuals to a leak. Pirolli said they are forgoing it because the pipe will be heavily monitored and the technology involved with it is so precise that Summit officials will know about a leak before anyone would be able to smell the odor.

Edwards reminded attendees that public input on PUC permits is welcome and can be completed on the South Dakota PUC website. The website also includes an informational packet on pipeline safety which can be found at puc.sd.gov/energy.

Melisa Goss, Assistant Editor for the Tri-State Neighbor, is a South Dakota farm girl whose love of travel has allowed her to see ag’s vital impact around the world, from America’s heartland to the rice paddies of Southeast Asia and many places in between. She makes her home in Hartford with her husband, daughter and miniature schnauzer. You can reach her at [email protected]

Get local news delivered to your inbox!

'Bias Is a Business Killer,' Says the Co-Founder of the Largest Black-Owned Wine Company in the U.S.

Thu Aug 25 , 2022
Opinions expressed by Entrepreneur contributors are their own. I love sparkling wines, and I recently discovered the McBride Sisters Wine Company and this particular bottle: Sparkling Brut Rosé. I’ve become obsessed. I brought my new favorite bottle to dinner parties, opened it when I had guests over and gifted it […] 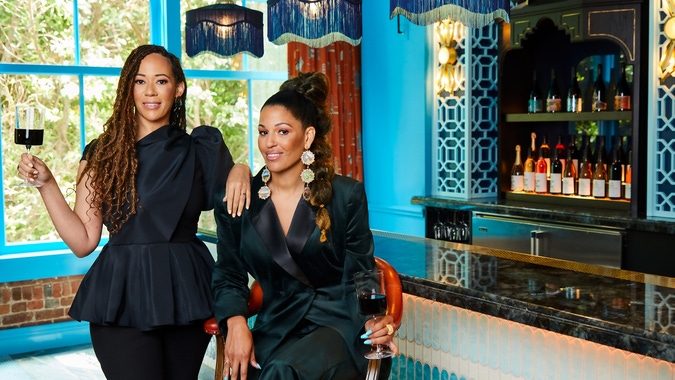