It’s a time-worn sitcom subplot: Someone who is actually quite alive is somehow declared dead, and complicated hilarity ensues. This implausible scenario has actually happened to the real, live Jessica Moon of Toronto, Canada, but she’s far from amused. That’s because Moon is a substitute teacher, and being considered dead makes it somewhat difficult to apply for jobs or get unemployment benefits. Read on to find out the runaround she’s encountered in attempting to prove she’s still alive, and where her case stands today.

CTV News reports that Moon has “spent months fighting for access to her government accounts” after her Social Insurance Number (SIN, equivalent to the American Social Security number) was somehow classified “deceased” by Service Canada, the country’s government benefits office.

Moon first thought something was wrong during tax season. “I tried to log in to my … student loans account and Canada Revenue Agency (CRA) account, and I couldn’t,” she said. “I found that quite odd.”

A few months later, the school year ended, and Moon had free time to call the government office and try to clear things up. She told CTV News that she waited on hold for four hours before someone told her that her SIN had “flagged,” and that she would need to visit an agency office in person.

When Moon visited the Service Canada office, she waited in line for four hours again. Finally, a representative told her that her SIN had been flagged as “deceased.”

“Me and the agent kind of had a chuckle about it, because I was sitting right there in front of them,” Moon told CTV. The agent told her that her case would be considered urgent and she’d hear from someone ASAP.

But two months later, Moon hasn’t seen a resolution, CTV reports. Without an SIN, she hasn’t be able to make student loan payments, apply for teaching jobs, or apply for employment. The situation is especially dire because as a substitute teacher, Moon isn’t paid during the summer, so she relies on unemployment insurance during those months. “I’m still a newer teacher and, so I’m looking for other positions or other possible job opportunities, but because I don’t have my SIN, I haven’t been able to apply to any of those positions,” she said.

CTV called up the government office for a statement, and they said they’d reach out to Moon. She finally heard from someone on Thursday.ae0fcc31ae342fd3a1346ebb1f342fcb

“I’m feeling so relieved to finally see some action being taken by the government, after months of feeling overlooked from their silence and indifference towards my situation,” she said. “While I have yet to officially get my SIN back, it feels great knowing that there has been at least some form of development in this frustrating process of getting my life back.”

Fri Sep 9 , 2022
In this ongoing series, we are sharing advice, tips and insights from real entrepreneurs who are out there doing business battle on a daily basis. (Answers have been edited and condensed for clarity.) Garten Who are you and what’s your business? My name is Michael Heinrich and I’m the CEO […] 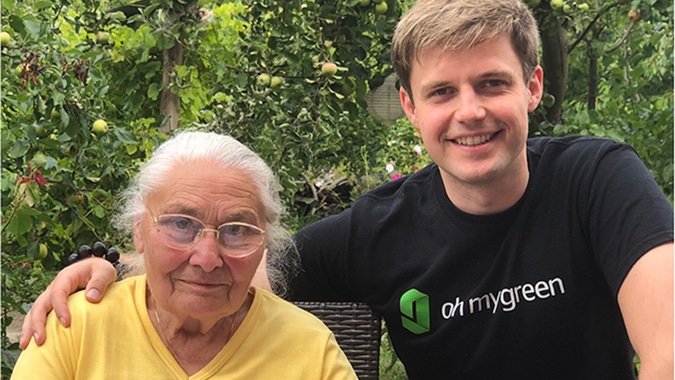