Anthony “Rico” Ruiz, owner of Ruiz Insurance in Center Wheeling, poses in his new office with his wife, Christine Gompers, on Wednesday.

Ruiz Insurance celebrated its grand opening during a ribbon-cutting ceremony on Wednesday in Center Wheeling.

Ruiz is the third Erie Insurance agent to operate in the Wheeling area. He noted in the future he plans to offer insurance products from other companies as well. The office is located at 2201 Chapline St., just across from Gompers Pharmacy.

Ruiz said he was born and raised in Ponce, Puerto Rico. He moved to West Virginia when he was 18 years old to attend West Virginia University. He graduated from WVU with a bachelor’s degree in Business Administration. While in college he met his future wife, Christine Gompers, whom he married last September.

Before opening his insurance office, Ruiz worked for Milan Pharmaceuticals in finance for about four years. He said it was during the COVID-19 pandemic that he wanted to move in another direction business-wise and to be more involved with the Wheeling community.

Ruiz worked as director of operations for The Highlands Sports Complex in Triadelphia for about a year. He then decided to open his own insurance agency after having previously worked as an agent while in Morgantown.

“I saw that this opportunity arose and I was able to talk it through with my family and my loved ones,” he said. “This is the perfect fit for me and I took it.”

Ruiz said he first started working from home before opening the office this month.

“One thing we are proud of right now at Erie Insurance is that we have been able to save people a lot of money — almost $3,000 for a full year in insurance,” he said.

City of Wheeling Mayor Glenn Elliott was on hand for the opening as well as Wheeling City Councilman Dave Palmer.

“It’s always great to see a vacant building be put to use by a new business coming to Wheeling. I’m very excited to see what they can do here,” Elliott said. “I know the owner’s wife well and I think they’re going to have a really great success story.”

“I think it’s wonderful for the Centre Market area,” Zende said. “When we lost (Ohio Valley Medical Center) and all those employees, we lost about 20% of the crowds that patronize the stores. So any new business that can draw people into this area is a plus. And Anthony is a wonderful guy and will treat everyone really well.”

Ruiz also is an ambassador for the St. Clairsville Area Chamber of Commerce. He also serves as vice president of the Wheeling Rotary Club. He is a member of the Allocation Panel for the United Way for the Upper Ohio Valley and is a member of the Sierra, Knights of Columbus and the Circus Saints and Sinners clubs.


Today’s breaking news and more in your inbox

The 9 Best Businesses to Start Over 60

Tue Aug 9 , 2022
For those with the itch, starting a business over the age of 60 is entirely doable. Age can give many advantages, including experience and wisdom. Due – Due Here are 9 retirement business ideas to put that experience to good use. 1. Consulting Consulting is a favorite business activity among […] 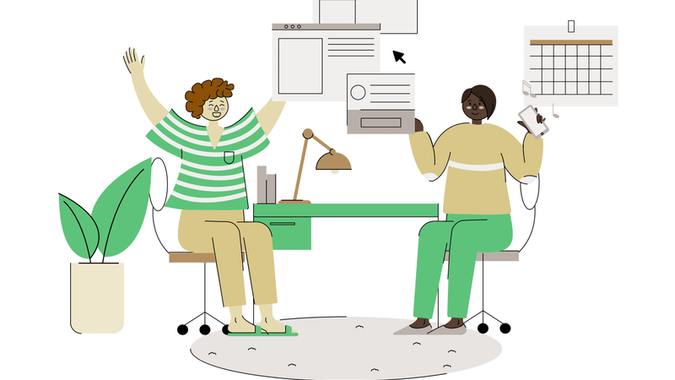