The post-pandemic world and the residual and collective anguish has probably compelled greater willingness to co-operate and a stark realisation of interdependence, economic and otherwise. A good sign of this is the growing collaboration in the business world. From plugging gaps in critical supply shortages in PPEs and masks to […]

The post-pandemic world and the residual and collective anguish has probably compelled greater willingness to co-operate and a stark realisation of interdependence, economic and otherwise. A good sign of this is the growing collaboration in the business world. From plugging gaps in critical supply shortages in PPEs and masks to supplying food and other essentials to at-risk communities, the influence on the need to collaborate is now noticeable.

The pandemic has also re-centred the conversation around entrepreneurship. It is important that these conversations happen in the realisation that the sector remains disbalanced. While certain groups and communities are significant contributors to sectors such as handicrafts and cottage industries, the sectors which require intensive capital and technical know-how lack inclusive representation. Studies from pre-Covid times indicate a gender gap in entrepreneurship across regions, with the gap reducing in low-income countries. This lack of gender diversity in entrepreneurship is often attributed to reasons such as traditional male values being associated with the decision-making and risk-taking involved in running a business, a lack of access to capital and social networks that are essential for successful start-ups and a general absence of nurturing support for women entrepreneurs. Women, for example, have to overcome both social and economic barriers to set up a business. Society has normalised notions of putting family first and that women are not innately business-oriented, creating images of uncomfortable compromises for aspiring entrepreneurs. Collectively, the pandemic has had a disproportionately detrimental effect on women-owned enterprises globally. Factors that contribute to these gender disparities include:

These imply the pandemic will have long lasting effects on women-owned companies if actions are not taken by both private and public stakeholders.

Globally, only 1 in 3 small, medium and large businesses are owned by women. Their absence is conspicuous in high-growth sectors, while women tend to disproportionately represent micro and small business owners. For example, in India, women own 20.4% of micro enterprises (turnover up to INR 5 crore) and only 2.6% of medium enterprises (turnover between INR 50 and 250 crore). But a quiet, but sure change is taking place in the entrepreneurship world. One of the sectors in which women entrepreneurs are doing exceptionally well is education technology, or ed-tech. Worth more than US $250 billion, studies indicate that over one-third of ed-tech companies in the world are led by a woman. In countries like India, women are successfully leading in the fin-tech start-up space, charting the way for others as well.

Over the last decade, India has seen a palpable evolution of entrepreneurship in science and technology, accelerated by the start-up culture. This is evident from the focus of government policy on skill development and entrepreneurship, with dedicated portfolios for pivoting plans and schemes in this direction. Even the Indian government’s stimulus package in response to the pandemic is underlined by calls for self-reliance and innovation. Recognising the gender gap in this sector, visible steps have been taken to make entrepreneurship more inclusive. The NITI Aayog’s Women Entrepreneurship Platform is a prime example, which provides an ecosystem for existing and aspiring women entrepreneurs, by supporting in areas of skilling, funding assistance and compliance.
To boost the presence of women entrepreneurs in different sectors, targeted interventions by governments and policymakers are crucial. Firstly, a conscious decoupling of female entrepreneurship and sectors traditionally seen as female is necessary. Perhaps as an unintended oversight, agencies have been predisposed to focus women and skill development on small scale industries such as beauty, stitching and toy-making. This would explain the laudable efforts of self-help groups in producing masks at large scales during the pandemic (although laudable, these propagate our age-old bias of having women pursue home science courses, while encouraging men to opt for sciences and other avenues). While these sectors are empowering women in their own right and have opened up opportunities for women, it has also led to an accumulation of skills in specific areas, leading to a lack of women representation in lucrative sectors such as technology, aerospace and defence equipment manufacturing and renewable energy.

Women business owners require support to scale up their enterprises, especially considering the dearth in credit and networks to leverage. Accelerators and incubators can play a massive role in bridging this gap, focusing on gender-inclusivity as well as encouraging investments in solutions that benefit marginalised communities.

On the point of gender inclusion, diversity in supply chain is a necessary corollary to levelling the playing field. By assessing the extent of such diversity and taking action to increase engagement with and support women-owned businesses, organisations can build resilient and adaptive supply chains. For example, in India, government buyers are mandated to buy a minimum of 25 per cent of annual purchases from micro and small enterprises, of which 3 per cent should be from women entrepreneurs. As of February 2020, figures indicate that the share of women-owned enterprises in annual procurement central ministries, departments, and central public sector enterprises (CPSE) had grown from zero in FY18 to 0.25 per cent in FY20. Other studies indicate that globally women-owned businesses earn less than 1 per cent of the money spent on vendors by governments and large corporations. To address this gap, existing networks and technology can be leveraged to create an ecosystem to share best practices and knowledge on increasing diversity and sustainability in global supply chains. Initiatives led by agencies and collectives such as the World Bank and UN Global Compact in developing toolkits and encouraging alignment with the Sustainable Development Goals are good starting points.

Finally, and closely linked to the above two points, there is a need to encourage and incentivise entrepreneurship that aligns with the green future of work. According to the ILO, the green transition towards a circular model of production in a low-to-zero-carbon economy could generate 24 million jobs globally by 2030, offsetting job loss by automation to a large extent. Therefore, in addition to mentoring women entrepreneurs for high-growth sectors, it is important to factor in sustainability and resource efficiency for a comprehensive roadmap towards inclusive entrepreneurship.

On the coming Entrepreneur’s Day this August, here’s to an equitable future where women’s dreams are nurtured and accomplished and communities march towards building resilience out of adversity.

Views expressed above are the author’s own. 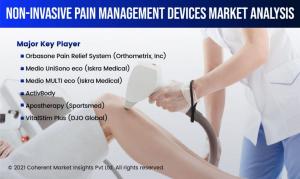