U.S. stocks soared Friday as a rally fueled by lighter-than-expected inflation data this week helped equity markets log their longest winning streak since November 2021. Tech stocks again led gains, with the Nasdaq up 2.1% and closing above 13,000 for the first time since April 25. The S&P 500 jumped […]

Tech stocks again led gains, with the Nasdaq up 2.1% and closing above 13,000 for the first time since April 25. The S&P 500 jumped 1.7% as the benchmark index registered a fourth-straight weekly gain, and the Dow Jones Industrial Average surged 420 points, or roughly 1.3%.

Apple (AAPL) shares gained 2% following a Bloomberg News report that indicated the tech giant expects to sustain iPhone sales in 2022 despite a market slowdown. The company projects it will assemble roughly 220 million iPhones in total this year, per Bloomberg, which cited people familiar with the matter. Apple’s sales and production expectations are typically a closely-guarded secret.

Electric-vehicle maker Rivian Automotive (RIVN) was on watch after the company on Thursday reported a wider-than-expected loss for the second quarter but maintained its production outlook for the rest of the year. Shares closed slightly lower after paring losses from a sharper drop earlier in the session.

Economic data in recent days has reassured investors that inflationary pressures are beginning to cool across the economy after climbing at a steady pace since early 2021. The producer price index (PPI) on Thursday showed prices fell 0.5% from the prior month compared to expectations of a 0.2% increase. On Wednesday, the consumer price index (CPI) showed prices stayed flat over the month and rose a less-than-expected 8.5% annually.

On the heels of lighter prints for consumer and producer prices, a reading on U.S. import prices out Friday reflected their first decline in seven months in July, according to data from the Labor Department. Import prices fell by a better-than-expected 1.4% last month after rising 0.3% in June, the largest monthly drop since April 2020.

“The fact we’re starting to see energy prices come down, that might be a sign of what is more to come for other inflation indicators,” iCapital Network Chief Investment Strategist Anastasia Amoroso told Yahoo Finance Live. “We’re starting to chip away at this inflation issue, and that’s a big catalyst for the markets.”

CPI data on Wednesday showed the gasoline index fell 7.7% month-over-month in July – the largest drop since April 2020 – as gas prices fall over the past 59 days to dip below $4 a gallon for the first time since March on Thursday, data from AAA showed.

Elsewhere in economic releases, the University of Michigan’s preliminary August reading on its consumer sentiment index ticked up last month from a record low earlier this summer at a reading of 55.1. The figure came in at 51.5 in the prior month and hit a record low of 50 in June.

Sun Aug 14 , 2022
Check out what’s clicking on FoxBusiness.com. Democratic Rep. Kathy Manning, D-N.C., scooped up thousands of dollars in semiconductor company stock just one day before voting to pass a bill providing massive subsidies to the sector, new disclosures show. One of the companies is already planning large-scale investments made possible due […] 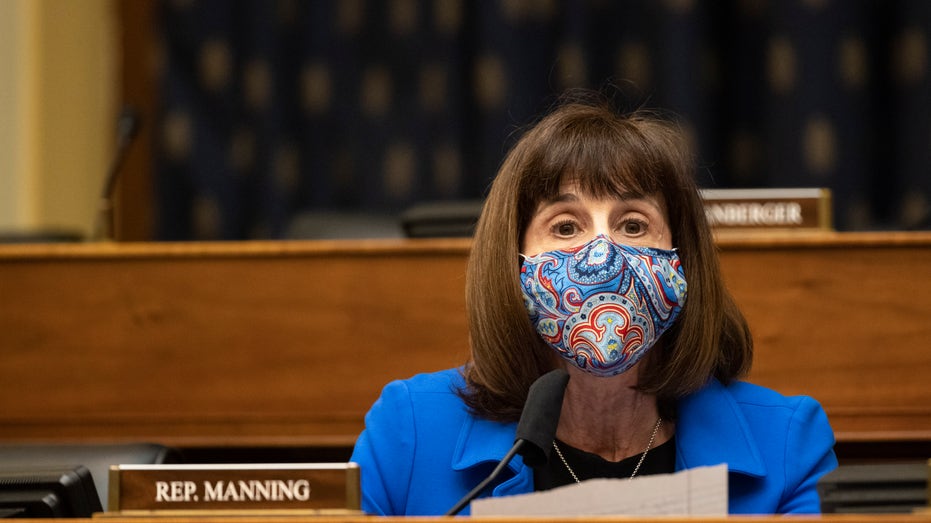