Opinions expressed by Entrepreneur contributors are their own. It’s no secret that the way business is done has changed dramatically over the past few years. The widespread digital transformation has forced businesses across industries to recognize the value of the people who are building our new digital world: software developers. […]

Opinions expressed by Entrepreneur contributors are their own.

It’s no secret that the way business is done has changed dramatically over the past few years. The widespread digital transformation has forced businesses across industries to recognize the value of the people who are building our new digital world: software developers.

While many tech businesses are grappling with layoffs and hiring freezes, data shows that developers have never been more in-demand, with thousands of new developer positions opening up every day. On the heels of the Great Resignation, we are seeing a developer shortage that is incapable of meeting the sky-high demand. And unfortunately, the gap shows no signs of closing.

DigitalOcean recently surveyed over 2,500 developers around the world on their working environments, job satisfaction and the biggest challenges they’re facing at work. What we found should be of concern to any business leader trying to keep pace in the digital world. Over 25% of experienced developers — those who have been in the workforce for over a year — have started a new job within the last year, and 42% of those who didn’t, are considering it. In other words, developers are quitting their jobs at a rate that is almost double the general average.

To ensure your organization isn’t hit with resignations, it’s important for tech leaders to rethink their strategies for recruiting and retaining developers and technical staff. Here are four recommendations below:

Related: The Demand for IT Is Here to Stay

1. When it comes to working environments, developers crave flexibility

Our most recent Currents survey shows that compensation and a preference for flexible and/or remote work environments are among the main reasons developers are thinking about changing or have already changed employers. It’s fair to question whether or not tech giants like Tesla, Meta, Salesforce, Apple, Google and others have shot themselves in the foot with their rigid and sometimes controversial back-to-office plans.

DigitalOcean has had a flexible work policy for a long time, with over half of our employees working remotely prior to the start of the pandemic. We are now fully remote and provide access to co-working space to anyone who wants it. Based on our low attrition rate, this approach has proven to resonate with our team and particularly those with deep technical skills.

Developers are independent, digital-native people. Whether it be fully remote, hybrid or fully in-office, the important thing is to first listen to developers’ needs and then offer them the freedom to choose which working environment works best for them.

2. Developers care about community — and you should, too

The developer community is as diverse as the companies they support and is made up of some of the smartest technical minds in the world. This community, as varied as they are, finds open-source projects to be a place where they can gather, collaborate and contribute. However, not many companies are providing their developers the time or compensation to contribute to these projects, despite the fact that 64% of companies are using such code for more than half of their software.

It’s increasingly important to listen to what it is that is important to your staff’s needs and wants. While you may not be able to deliver on every single wishlist, listening will help you build trust with your employees, and as a bonus, you may identify opportunities for your business. Giving time for developers to contribute to projects they care about (like open source) while on the clock, can show you understand what is valuable to them and also help strengthen your tech stack.

Related: Why Low-Code Platforms Are the Developer Shortage Solution People Aren’t Talking About

3. Spark career growth and ongoing education with the right resources

Developers are known to be lifelong learners, and their role has evolved significantly in recent years. They are constantly learning new skills and programming languages, as well as adopting cutting-edge technologies and methodologies, all in the name of keeping up with the pace of innovation. Businesses need to be sure that developers have the educational resources, courses, training, tutorials and mentorship to keep their skills up to date.

This is true not only for career developers but for people who are brand new to the field, too. The hot developer job market has opened up a door for the next generation of developers — many of them self-taught, pivoting from a totally different field or coming from non-traditional educational paths like coding boot camps — who may face a steep learning curve.

It is smart for business leaders to invest in their staff, particularly those in technical fields. The opportunity for ongoing education and reskilling will be enticing to any developer candidate.

4. Remove complexity from the developer workflow

Another common grievance from developers is a lack of time and resources to work on projects. This challenge is likely due to too much time being spent on more menial tasks like cleaning up code and creating documentation.

Arming developers with a simplified toolkit takes the manual work off of their plates. This helps developers build faster and also frees up time for them to spend on creative, strategic work that actually makes an impact on the business.

Software developers are a unique group of people who have long had many stereotypes held against them in the corporate world. Now is the time for businesses to reverse those stigmas to gain a better understanding of this group and what they need to be successful — survival in the digital age depends on it. 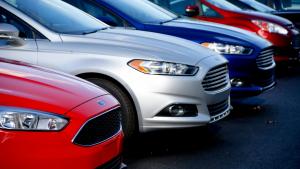