With a vote of 220 to 207, the U.S. House of Representatives passed the Inflation Reduction Act on Friday. The vote marks the last step before President Biden’s desk for a bill that will devote hundreds of billions of dollars over the coming decade towards the fight against climate change, […]

With a vote of 220 to 207, the U.S. House of Representatives passed the Inflation Reduction Act on Friday. The vote marks the last step before President Biden’s desk for a bill that will devote hundreds of billions of dollars over the coming decade towards the fight against climate change, reducing the cost of prescription drugs, and cutting the deficit.

The IRA, as it’s known, will also alter the U.S. tax code’s treatment of big corporations.

Sens. Chuck Schumer (D-NY) and Joe Manchin (D-WV) surprised the world on July 27 when they released their sweeping bill. On Aug. 4, Sen. Kyrsten Sinema (D-AZ) propelled the deal closer to the finish line when she announced she would support the bill after making a few tweaks.

The IRA is a far cry from some early Democratic ambitions but nonetheless marks a giant win for Biden and Democrats just a few months before November’s midterm elections.

Just a few weeks ago, the effort appeared all but dead. Now it’s on the cusp of becoming law, marking a historic action on climate change that’s projected to save trillions in the coming decades.

Here’s what the IRA will do:

About $370 billion for climate change and energy efforts

The centerpiece of the bill is a giant allocation toward climate change and energy efforts. Schumer has noted repeatedly that this bill “will be the largest action on climate change ever passed by the Congress.”

If enacted, it will spread money all around the green economy, from $9 billion toward a program to retrofit homes to $20 billion to manufacture more electric vehicles. Automakers like GM (GM), Tesla (TSLA), and Toyota (TM) are expected to benefit from the money as well as the expansion of a $7,500 EV tax credit included in the deal.

The bill also has provisions that would impact the energy industry more widely, including new rules around federal land sales that may lead to oil drilling and a fund to permanently extend the Black Lung Disability Trust Fund. That will help many former coal miners in Manchin’s home state of West Virginia. In total, the bill has many provisions that even the oil industry has gotten behind.

Late in the process, according to multiple news reports, Sinema secured an additional $5 billion in the bill to combat droughts around the country. The provision will be welcomed in her home state of Arizona and others in the Southwest that are suffering a drought that, by one measure, is the worst in 12 centuries.

Changes to the health care system

The bill also makes significant changes to the health care system. One key provision will allow Medicare to negotiate for prescription drug prices. Current law prohibits Medicare from intervening in the talks between drug makers and health plan sponsors. The new rules would allow the government to weigh in to push down prices and save consumers — and the government — billions.

The IRA also extends subsidies for health insurance costs that began in the 2010 Affordable Care Act for an additional three years. That provision comes with a price tag of about $64 billion. The subsidies had previously been extended in the American Rescue Plan and are currently set to expire this fall.

Over $300 billion for the deficit

A cherry on top for advocates of the package is that the bill will reduce the deficit by over $300 billion over the coming decade through a series of “pay fors.”

Manchin made deficit reduction a must-have portion of the bill to earn his support and noted “it is past time for America to begin paying down our $30 trillion national debt” in announcing his support for the deal.

Meanwhile, questions have been raised about the actual inflation-fighting powers of the bill.

The Penn Wharton Budget Model delivered a blow to the effort by predicting it would slightly increase inflation until 2024 and then decrease it afterwards. In total, the group says it has little confidence it will impact inflation at all in either direction.

The Committee for a Responsible Federal Budget pushed back directly against Penn Wharton while acknowledging that the Inflation Reduction Act wouldn’t drastically cut inflation.

“This bill is not going to get us from 9% inflation down to the 2% to 3% [the target range for the Fed],” Marc Goldwein, a senior director at the committee, recently told Yahoo Finance Live. Goldwein, who supports the bill, argued that it aims to “make the Federal Reserve’s job just a little bit easier so that they can fight inflation with fiscal policy moving in the same direction.”

To pay for it all, in addition to health care savings, the bill makes three changes to the tax code.

There is a new minimum corporate tax that would apply to corporations that have made over $1 billion in book profits in recent years. That idea was initially projected to raise $313 billion, but a change from Sinema around rules about depreciation that manufacturers had loudly complained about is expected to lower the returns by about $40 billion.

The deal also will put aside billions to help the IRS chase down tax dodgers. Experts predict a hefty return on investment: The $80 billion added to the IRS budget is expected to bring in $203 billion in taxes.

Finally, the deal will add a new 1% excise tax on stock buybacks. That provision, another late addition to gain Sinema’s support, will reportedly bring in $73 billion to the U.S. Treasury. Removed from the deal was a plan to lessen the so-called “carried interest loophole,” which wealthy money managers can use to pay lower taxes on their capital gains.

-A previous version of this article ran on Aug. 5.

Sun Aug 14 , 2022
Holly Kaltenbach SALAMANCA — The Petruzzi Insurance Agency located in Salamanca has added Holly Kaltenbach to its team. Kaltenbach joined the agency at the beginning of July, bringing with her 20 years in the insurance industry. She holds agent and broker licenses New York and Pennsylvania. […] 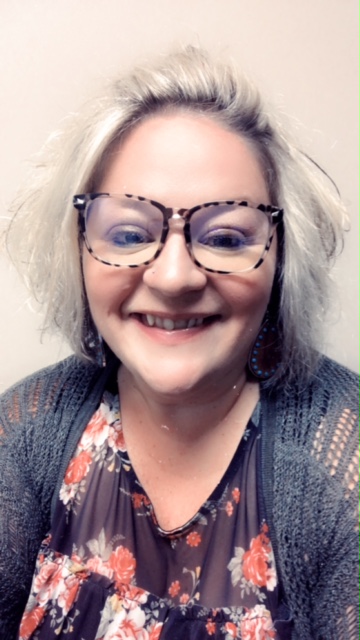